Are Carbon Credits A Good Idea?

By Todd Fratzel on Green Building 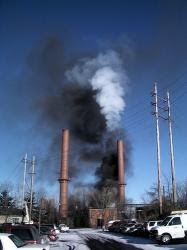 The recent Green movement in this country has been nice to see. I think the skyrocketing fuel costs have finally struck a nerve with folks and we’re starting to evaluate the choices we make on a daily basis. One of the interesting topics that I’ve been reading about lately is the sale and exchange of Carbon Credits. I was reading an interesting blog post, Carbon Emission Reduction Is Next Commodity, in which the author points to the growing commodity market for buying and selling carbon credits.

Here’s where the Carbon Credits come into play. Let’s say a company decides to install hydro power for their power supply. And let’s say they create more power then they need to run their business. Because hydro power is generated without creating CO2 then the company could calculate the amount of excess power they have saved which would have produced CO2. They could then hire a certified reviewer to document their Certified Emission Reduction (CER). The company could then turn around and sell those CER’s on the market as a commodity.

Another company may decide that it’s cheaper to buy those CER’s instead of installing some type of new equipment that would reduce their carbon footprint. This may sound like a bunch of crap but if you think about it this has the potential to fuel other companies to invest in carbon footprint reduction projects. By creating a commodity that other people need we may in fact create an environment of serious competition to create CER’s on a large scale.

I’m interested to see how this plays out over time. On the surface it really seems like a plausible idea to me. Only time will tell if this commodity will one day become as important as a barrel of oil has become.