By Todd Fratzel on Foundations 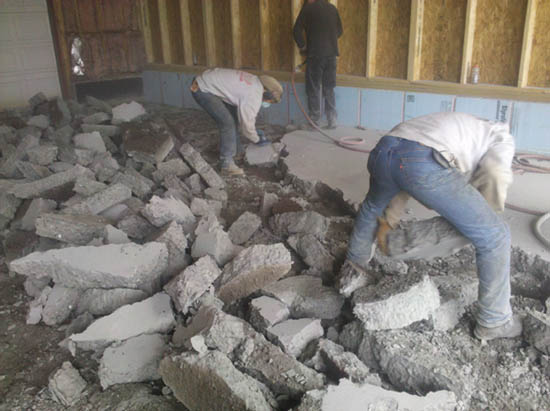 Last week was one of those weeks when it seemed everything went wrong on one of my commercial building projects. First we found out that our siding product was defective and then a slab we poured for a vehicle service bay had blistered concrete! Needless to say you can see the final verdict on the slab above as a very tired concrete crew ripped it out with jack hammers today. 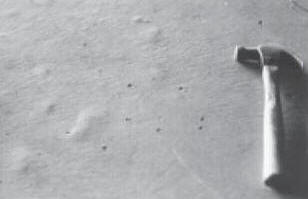 I’ve been involved in so many construction projects that I can’t even begin to guess the number of yards of concrete I’ve seen poured and this is the first time I’ve ever seen concrete blisters. The crew said they have only seen it twice in over 20 years of work.

What Happened To Our Slab

Obviously this is a very complicated situation and one that doesn’t seem to happen often. At first I was quite baffled so I called our concrete testing company that tests all the concrete we pour. At first they were not aware of any issues with the concrete. However, after reviewing the results they called me back today to tell me they found the problem. Apparently the concrete supplier sent concrete that was air entrained (this is typically only done for exterior concrete to protect it from freeze thaw damage). This is a HUGE mistake for a slab to be trowel finished.

Apparently there was a mix up and someone thought it was an exterior slab that would only get a broom finish. Unfortunately the damage was done and there’s little  that can be done to repair concrete blisters. To make matters worse this slab was for a automotive service bay which will see lots and lots of traffic. Therefore the only real solution was tearing out the slab and starting all over again. I’m glad that wasn’t our mistake!!

Often times I have clients ask me why we test the concrete and comment on the price of testing. This is a perfect example of why we test concrete. Concrete is an extremely complicated chemical mixture that can quickly go bad. By testing each batch of concrete there is a good record to help determine and possible problems and also to help determine what caused a problem.