Every year the insurance industry pays out more than $10 billion in claims due to water damage. As a contractor I can tell you water damage repairs are not only expensive, but they are very disruptive and in most cases insurance doesn’t cover all the costs. With advancements in home automation technology there are products that can help prevent damaging water leaks. FloLogic is one of those products that provides peace of mind and the ability to shut down water to your home in the event of a leak even when you’re not home. 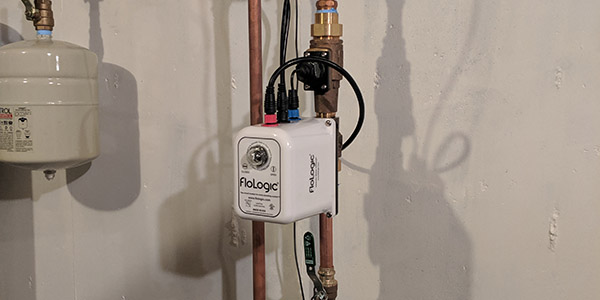 The FloLogic system has a control board that allows users to see the status of the system and control it. Users can also have a wifi control board installed allowing the FloLogic Ap to be used for additional control and remote access when not at home. The system also includes a battery back-up to ensure the valve can operate even in a power outage.

FloLogic is available in several valve sizes including: 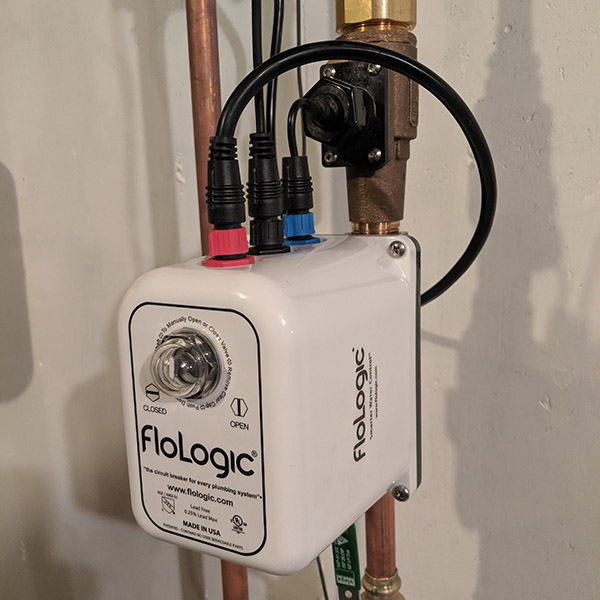 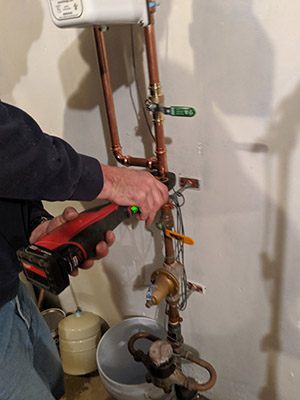 The FloLogic system should be installed by a licensed plumber. It needs to be installed where the main water enters the building as it will be the primary shut-off valve for the water supply.

It’s also a good idea to have the plumber install a bypass that allows the system to be bypassed for any maintenance or long term power outages.

The entire system was installed in about an hour and required several additional valves and some piping. Depending on plumbing rates in your area the cost to install the unit will likely run a couple hundred dollars depending on the access and how much additional plumbing is required to make room for the valve.

The setup of the control wiring and wifi module should be something most plumbers can handle if not it’s really straight forward and something a homeowner can do. 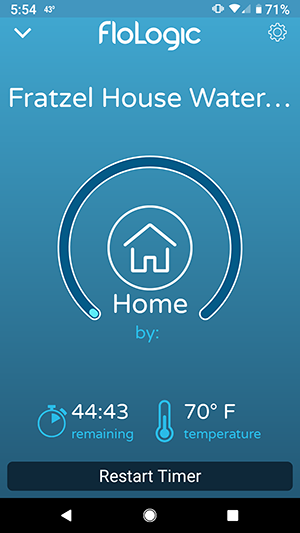 The cost of the FloLogic system isn’t cheap but the cost of water damage repair isn’t either! The cost to repair a significant water leak can be in the thousands of dollars, throw in an insurance deductible and depreciation and you can still by on the hook for thousands of dollars after insurance. The FloLogic valves start at $1,795 for the 1-inch valve and go up to $2,995 for the large 2-inch valve. Some insurance companies offer a reduced coverage rate when the FloLogic system is installed so be sure to check with your agent.

The FloLogic system provides protection against costly water leaks and peace of mind even when homeowners are not home. The systems technology can sense even the smallest leaks and turn off water to the building preventing serious water damage in the event of a leak.

The easy to use Ap and control panel make this home automation an attractive option for protecting your most important investment. With technology like the FloLogic system homeowners can now monitor their home from afar and feel confident that their home is safe from water damage.