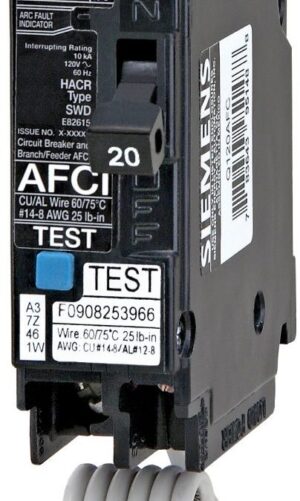 An arc-fault circuit interrupter (AFCI) or arc-fault detection device (AFDD) is circuit breaker designed to detect electrical arcs that could cause a fire. Loose wire connections can cause electrical arcing and ultimately enough heat to start a fire. In the US these circuit breakers have been required since around 1999 by the National Electrical Code for residential homes. While the intention of these more robust circuit breakers is good, there have been many issues with nuisance tripping and they have become a real issue for contractors.

Starting with the 1999 version of the National Electrical Code in the United States, and the 2002 version of the Canadian Electrical Code in Canada, the national codes require AFCIs in all circuits that feed outlets in bedrooms of dwelling units. As of the 2014 NEC, AFCI protection is required on all branch circuits supplying outlets or devices installed in dwelling unit kitchens, along with the 2008 NEC additions of family rooms, dining rooms, living rooms, parlors, libraries, dens, bedrooms, sunrooms, recreation rooms, closets, hallways, laundry areas, and similar rooms and areas. They are also required in dormitory units. This requirement may be accomplished by using a “combination type” breaker—a specific kind of circuit-breaker defined by UL 1699—in the breaker panel that provides combined arc-fault and overcurrent protection or by using an AFCI receptacle for modifications/extensions, as replacement receptacles or in new construction, at the first outlet on the branch. Not all U.S. jurisdictions have adopted the NEC’s AFCI requirements so it is important to check local code requirements.

Arc fault circuit breakers can trip for a variety of reasons but the two most prominent reasons are improper wiring of circuits or incompatible electronic devices. While it doesn’t happen often improper wiring including improper connections to the neutral wire outside the panel box, or multi-wire circuits can cause faulty tripping of AFCI breakers. However, this isn’t the fault of the breaker and should be resolved by properly running the circuits. 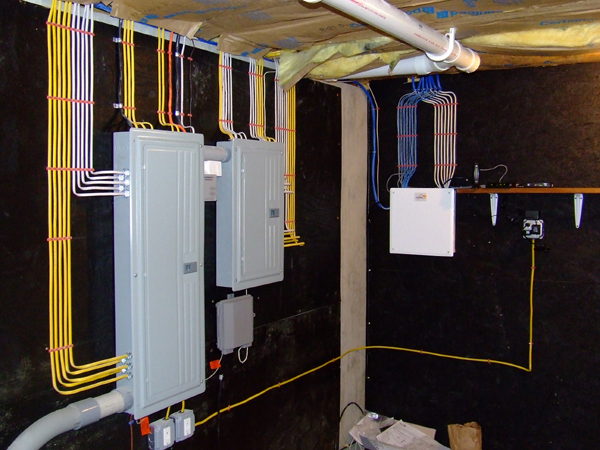 The bigger problem, and one I see very often is nuisance tripping from incompatible electronic devices. Devices like vacuum cleaners, hair dryers, treadmills, and many small appliances can cause these breakers to trip even though there is no eminent hazard. This has become a real time and cost situation for contractors while leaving customers frustrated and confused.

The last few new houses we’ve built the nuisance tripping has become a real issue for me as the general contractor and also my electrician. We are required to install these breakers by code, but then the nuisance tripping begins and the customers think something was built incorrectly. Even with a detailed explanation many are wary of what the real cause is. This leaves the electrician replacing the troubled breakers with standard breakers (allowed by code after nuisance tripping). While the intent of these code provisions is certainly honorable, the technology is severely lacking in my opinion.

While it’s very possible that most of the tripping in your arc fault breakers is a nuisance tripping it shouldn’t be ignored. Contact a license electrician and get a professional opinion. Your electrician should be able to determine whether or not it’s a nuisance trip or a real electrical problem that needs to be corrected. Hopefully small appliance manufactures start working more closely with the AFCI breaker manufacturers to eliminate this annoying and costly problem.