By Todd Fratzel on Windows

How To Repair A Vinyl Window Seal Failure 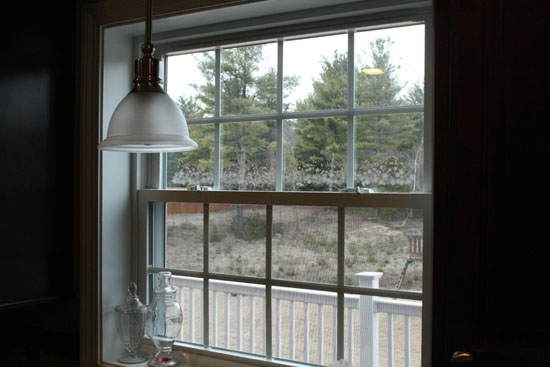 A close-up view of the window shown above makes the window appear to have “frost” on it. At first I thought that was the case however I quickly learned there was no frost. I tried cleaning the window both inside and out and new immediately that we had a seal failure. 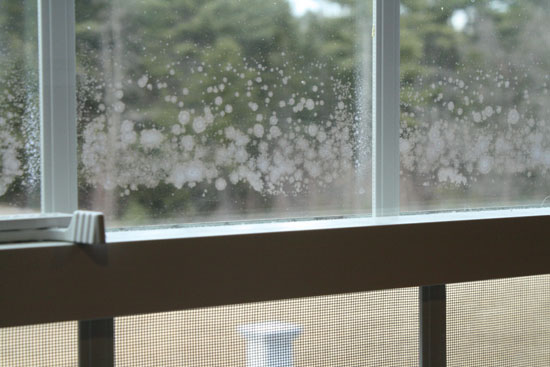 So you might be wondering why on earth is there a seal on your windows. In order to help make windows more energy efficient they are designed with either two or three panes of glass separated by a gap of air. The gap of air is often times filled with a gas like argon. The gas is sealed into that space by a seal or gasket all around the window glass.

Once the seal fails the gas escapes and moisture typically enters the space between glass panes. The moisture can turn the glass hazy, fogged or even crystallized like the photo above.

How To Repair A Seal Failure On A Vinyl Window

One of the downsides to vinyl windows is the in-ability to easily change the glass. Today most vinyl windows are built by molding the vinyl sashes around the sealed window panes. The molding process usually involves heat welding the sash pieces to one another with no way of taking them apart. So in most cases you’ll have to order an entire new sash with the glass already in it. 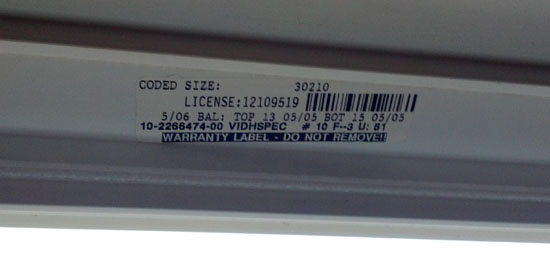 The photo above shows the warranty sticker from our vinyl window. Almost all window manufacturers place stickers similar to this one on the inside of the window jamb. Our windows are Harvey Windows so the sticker is almost always located on the upper head jamb. Why is this sticker important? Well it contains the order information for the window. Ultimately that allows the window manufacturer to build a new sash to the same exact standards that the original sash was built. 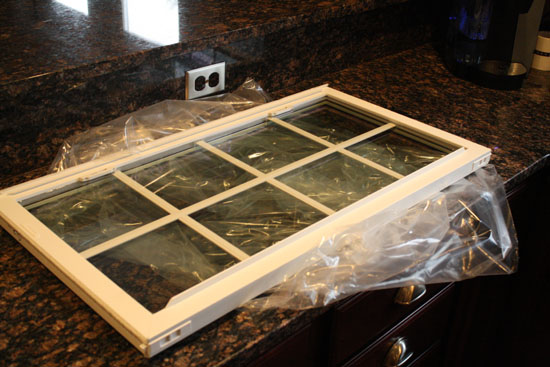 Luckily for us our Harvey Windows have a 20 year glass warranty for seal failures! So I called my local sales rep, sent him a photo of the seal failure and a photo of our warranty sticker. Two weeks later we received the new window sash (shown above) so we could replace the damaged one. 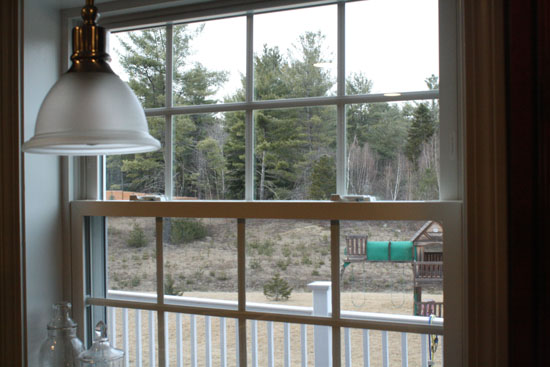 I simply tilted out the old window and disposed of it, inserted the new sash and now the window looks like new all over again! This same method is likely to be used for newer wood / clad window sashes. This is due to the high tech glasses that are being used. A local glass shop isn’t going to be able to replace the glass to the same specifications as ordering a new sash.

If this happens to one of your windows try to find out the manufacturer and any warranty numbers. Then visit your local distributor and ask them for some assistance. This is an easy repair and one that any home owner can do in just a few minutes.